Strains from the Red Vein family come from the most mature Kratom leaves. You might instantly assume this means that Red Vein is best, but that may or may not be the case for you. The alkaloid makeup of each leaf plays an important role in its performance. Red Vein strains contain the most balanced Alkaloid makeup, giving them the most potency.

Anything designated as Green Vein Kratom comes from leaves with a medium-level of maturity. Again, this doesn’t mean that Green Vein Strains are mid-grade quality. It simply refers to when the leaves were picked, and each vein has its own positive qualities. Green Vein strains are often favorably compared to a mixture between Red and White Vein. They’re also known for offering long-lasting, subtle performance.

Leaves that are picked with White Veins are in the earlier stages of their maturity. Despite this, you can rest assured that we only use White, Green, Red, and Yellow/Gold Vein leaves that have reached the height of their particular maturity levels. Kratom strains from the White Vein family are known for their eye-opening performance. Several White Vein strains are rarer than their Green, Red, and Yellow/Gold counterparts.

Yellow/Gold Veins are commonly advertised, but there’s some debate about whether they’re ‘officially’ recognized. Strains that fall under this category are sometimes the result of a mixture of veins. They can also be created by using a specific drying process. Either way, the performance of Yellow/Gold Vein Kratom is often described as highly potent. 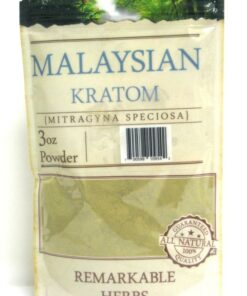 Now that you have a good understanding of Mitragyna speciosa veins, let’s take a closer look at the individual Kratom strains.

Maeng Da Kratom strain is a prime example of the ancient art of grafting. In a nutshell, grafting means combining the tissues of multiple plants or trees to create a new species. It’s believed that this resulted in an increased quantity of alkaloids and active flavonoids, resulting in a vigorous performance.

Horn Kratom comes in Red, White, and Green veins. Each Horn strain comes with the unique qualities of its particular vein. All of them have one thing in common, though: a high caliber, clearer thinking performance.

Thai strains include Red, White, and Green Kratom veins. The White Vein variety has earned high marks as one of the strongest Mitragyna speciosa strains available. Each Thai strain lives up to the reputation of their veins. Red Vein Thai is noted for its introverted friendliness.

White, Green, Red, and Yellow/Gold Vein Vietnam Kratom is occasionally found from online vendors. Those who wish to buy Kratom of this type will want to note the different qualities of each strain. For example, the Yellow/Gold strain’s mild performance is nothing like the heavy boost of White Vietnam. As you probably guessed, these strains are grown in Vietnam. The Vietnamese climate and overall environment produces a different alkaloid makeup from other countries.

White, Green and Red Hulu Kapuas are named after the Kapuas River. Each strain contains a unique alkaloid content that attracts attention from Kratom enthusiasts. Green Hulu Kapuas is perhaps the world’s rarest Mitragyna speciosa strain, making it difficult to find and often more expensive than other options.

Named for the Indonesian province of Kalimantan, Red and Green Vein Kali Kratom has a unique aroma and alkaloid blend. It’s not always easy to find but is often recommended to new customers. Red Vein Kali has an especially mild, long-lasting performance.

White Vein Borneo Kratom is the most potent and rarest of the Borneo strains. All three strains have a lower performance threshold than most other Kratom strains. This hasn’t prevented them from becoming best sellers, though, especially due to their pleasant aroma. Green Vein provides the most moderate aroma, with Red Vein on the higher end.

Sumatra comes in White, Green, and Red Veins. White Vein Sumatra provides the most potent White strain available. Green Sumatra is among the most balanced veins. Red Vein Sumatra’s long-lasting performance acts as Maeng Da’s polar opposite. Each strain comes from a very humid, rainy climate, which has a strong impact on their overall alkaloid makeup.

Another rare strain, Cambodian Kratom requires a blend of Green and Red Vein horned leaves. This versatile Mitragyna speciosa product has an alkaloid makeup similar to Maeng Da. Because Cambodian natives don’t have a strong cultural history linked to Kratom like Indonesia, the world has only recently been introduced to the Cambodian strain.

Red Vein Riau tends to be the easiest Riau strain to find, but there are also Green and White varieties. The Red Vein strain combines the best qualities of every other Red Kratom strain on the market. It has a musky aroma and isn’t nearly as intense as many other Mitragyna speciosa options.

Ketapang offers Red, Green, and White Vein strains. The fresh-smelling Green Vein Ketapang offers the rarity of a Kratom you can enjoy smelling during the day or night. As another newer Kratom option, there’s still much to discover about Ketapang’s alkaloid-rich, fast-acting performance.

Red and White Vein Indo strains are quite popular, but White Vein Indo is often very difficult to come by. In fact, it’s believed to be one of the rarest strains in the world. Red Vein Indo leaves have an unusually tough cell wall. The strain’s performance starts more slowly as a result, but it does have an extremely high alkaloid content.

Red Dragon Kratom comes from only one plantation. This makes it hard to find at times, and it also provides a very high alkaloid content. Some compare Red Dragon Kratom to Red Vein Thai Kratom and caffeine. Any caffeine comparisons make sense since the Mitragyna speciosa plant is part of the coffee family.